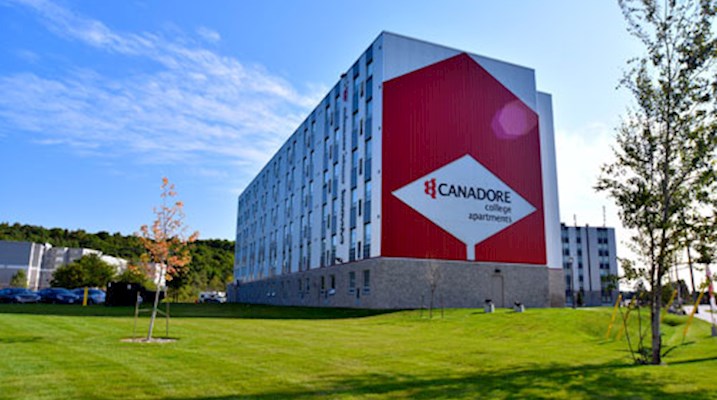 This past May 14th – 16th, Canadore College had the privilege of hosting the 5th annual Student Success Provincial Conference. The conference (in a nutshell) was an event to “explore the ways in which today’s learners need to be supported and how entire campus teams can mobilize to support their success”.

The conference held many different work shops, from learning more about how to be a LGBTQ+ ally, building a strong fire, to ones such as safeTalk. safeTalk is a half-day alertness training to prepare peoples ages 15 or older to become a suicide helper. Luckily, being that I was helping the conference organizers run the 3-day event, I got to be the session steward for the safeTalk workshop.

Hosted by Courtney Deponte, with community aid Greg Hum; the safeTalk session had roughly 20 or so participants. I introduced Courtney, and then let her have the floor, as she started into the PowerPoint presentation, which introduced her co-trainer via pre-taped videos. I was aware of how the material of the safeTalk session could be kind of heavy, but I had an open mind and really was there not just as the session steward, but an eager learner on how to be more educated about suicide prevention.

The learning goals for the safeTalk workshop were to make people more able to recognize invitations for help, notice and respond to situations where thoughts of suicide are present, and to just be better prepared to tackle these situations and possibly save lives doing so. The content of the workshop was well laid-out, with interactive scenarios and enlightening visuals.

Overall, I learned a lot from the safeTalk session, and we all got certificates stating that we went through the training and are now considered safeTalk suicide alert-helpers! I couldn’t be more thankful that such an important topic and very real subject matter was brought to Canadore’s campus.