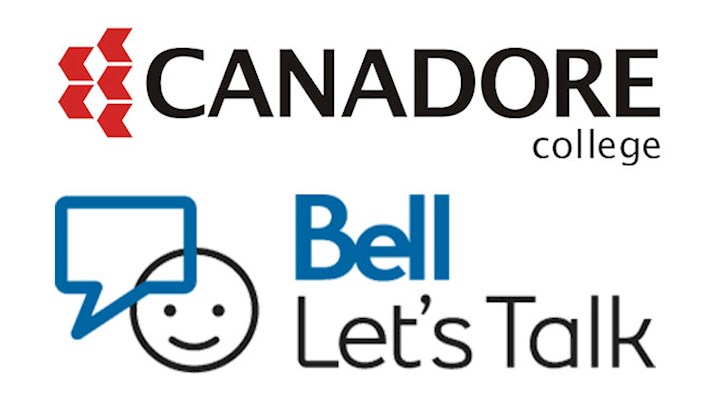 (NORTH BAY, ONT.) – The Canadore Students’ Council is teaming up with the college’s student success services team and the office of inclusion and diversity to organize an on-campus event to support the nation-wide Bell Let’s Talk campaign taking place tomorrow.

On January 25, Bell will donate 5 cents to mental health initiatives for every text message sent, mobile and long distance call made by its customers, as well as for every tweet on Twitter and post on Instagram using the #BellLetsTalk hashtag. Bell will also donate 5 cents every time their Bell Let’s Talk video is viewed on Facebook and  the Bell Let’s Talk geofilter on Snapchat is used.

According to the Canadian Institute of Health Research (CIHR), one in five Canadians will personally experience mental illness in their lifetime. It is estimated that the economic burden of mental illness in Canada is at $51 billion per year, including health care costs, lost productivity, and reductions in health-related quality of life.

Canadore is hosting a “Take 5” event to raise additional awareness for Bell Let's Talk Day at all three North Bay campuses to further promote open discussion about mental health and ways to help reduce stigma on campus, including where to receive information and resources.

Canadore remains committed to supporting the overall well-being and success of its students. The College is renowned across the province for its mental health framework, which is based on a hybrid service delivery model that allows students to access support resources with a just-in-time appointment model, putting learners in touch with local medical, educational and mental health professionals around the clock. The College also unveiled a new light therapy lounge last year, which was designed to help patrons combat health challenges like seasonal affective disorder, general lack of energy, depression and insomnia, all of which have been associated with a lack of natural light.