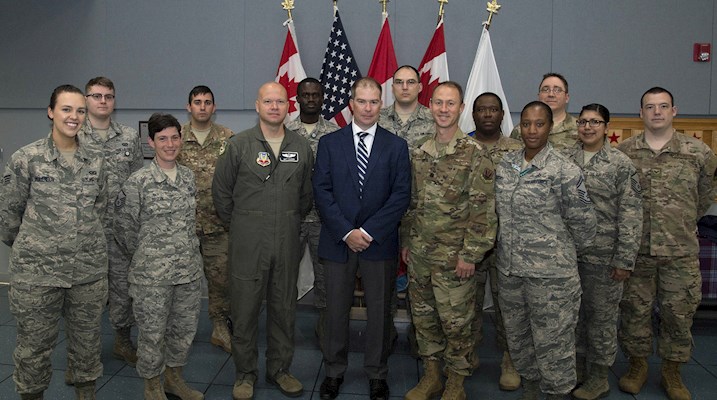 “My role is “honorary and advisory’ and over the next few years I will listen, learn and laugh with the personnel of US Detachment 2, First Air Force while telling their stories and welcoming them to our community.”