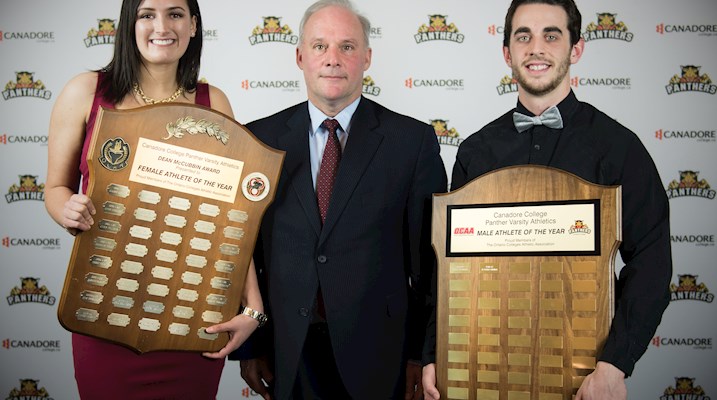 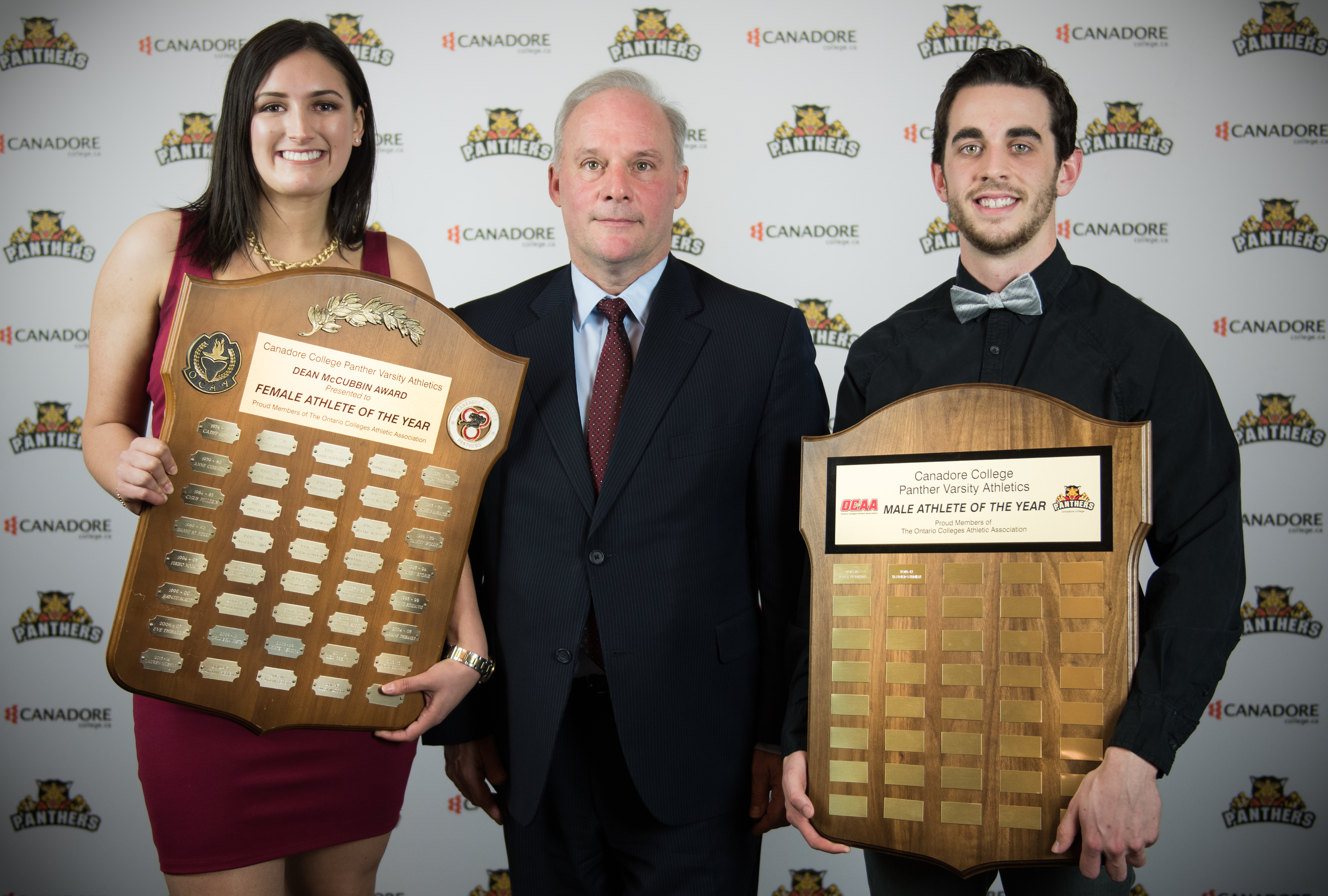 “To be a Panther, you have to excel under pressure, thrive on competitiveness and strive for excellence,” said Linda Turcotte, Canadore College’s Athletic Director. “Each and every one of our athletes is extremely dedicated to their sport and their studies, which can be very demanding. Tonight is all about rewarding and recognizing these remarkable achievements.”

Women’s Volleyball Player of the Year

Club Athlete of the Year

Rookie of the Year – Drake Stevenson

“Our athletes are recognized across Ontario and throughout Canada,” said Turcotte. “This is a testament to their efforts and the unwavering support of our coaches, trainers and the community at large, for which we thank you,” said Turcotte.

James Heslinga-Bachelor of Science in Nursing

Emma Vanderlee-Bachelor of Science in Nursing

GET YOUR CLAWS OUT to support your Panthers. For further updates please visit our website at www.canadorecollege.ca/athletics.