This module explores the rise of Christianity in the Empire. It traces its origins as a minority religion persecuted by a pagan Roman Empire, to its acceptance as the official religion under Emperor Thedosius in 391. It examines the development of a formal government within the Church, with the pope as the head, and the political implications of this government in a Christian Empire. It also traces the development of more popular expressions of piety, like monasticism, and the vital role it played in the Christianization of Europe. Christianity transformed from a minority religion, persecuted under the Romans, to the absolute authority in Europe in the Middle Ages.

Upon completion of this course, the student will have reliably demonstrated the ability to:

1.1 Distinguish between fact and opinion.

2.0 Define the mediaeval spirit in the context of its literature and its social and political structures.

2.2 Explore artistic and literary expressions of the period.

3.1 Write effective summaries based on findings.

4.0 Manage the use of time and other resources to complete projects. (A) GENERAL

Today, the Pope is spiritual leader of 1,067,053,000 Roman Catholics throughout the world. He is, at the same time, a secular leader, and the papacy is the world's oldest absolute monarchy now in existence. The continuing influence of the Papal office in modern society can be felt in such events as the World Youth Day held in July 2002. Some 200,000 youths from around the world gathered in Toronto to celebrate the event.

The Papacy, during the first three centuries of the Christian era, was an ecclesiastical office of only local importance within the city of Rome. It evolved by the eleventh century to become the undisputed head of western Christendom. The term Papacy itself can be viewed from two very distinct perspectives. As an ecclesiological term, Papacy refers to the role of the office within the Church as supreme head and the Vicar of Jesus Christ. The authority of this role stems from the doctrine of the Apostolic succession. Its validity is a matter of theological discussion. The term may also be viewed from an historical perspective, in which case, the Papacy is seen as an historical agent acted upon and acting within time and place. Neither of these two approaches, the ecclesiological or historical, preclude the other. They are merely separate and distinct ways in which to view the Papacy. Within the confines of our discussion the term is viewed from its historical and not its theological context. 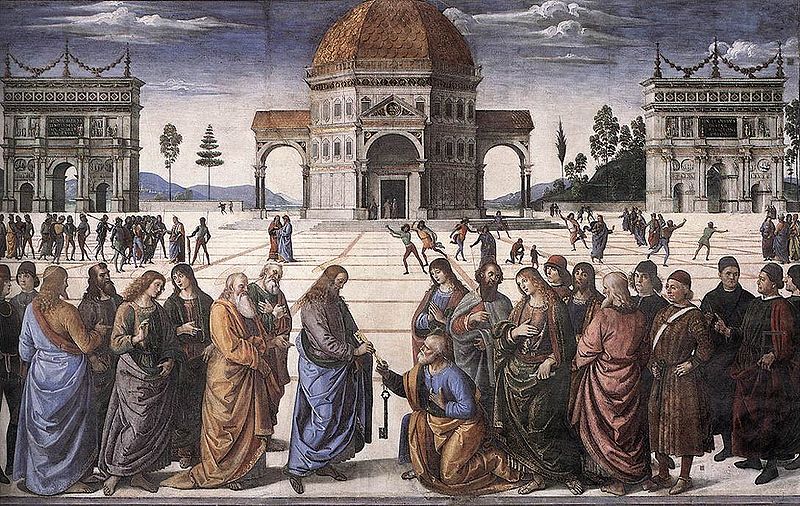 The expanded authority achieved by the Papacy in this period is expressed in the general tendency to suppress regional practices within the Church in favour of normalization on the Roman model. This phenomenon can be seen in such fields as the codification of the Canon Law, and the development of the Liturgy. At the same time as these developments, the Pope became the arbitrator of Church doctrine, defining orthodoxy and condemning discordant opinion as heresy. The authority of the Pope, however, was not only spiritual but also temporal in nature. The relationship between Church and State was redefined in this period. Sixtus III, Pope from 432 until 440, was tried by a Synod of the Church presided over by the Emperor Valentinian. Symmachus (498-511) was tried by Theodoric, the Ostrogothic king of Italy, and Leo III (795-816) was tried in Synod by Charlemagne. By the eleventh century, however, there had been a change. The Emperor Henry IV was humiliated by Gregory VII in a dispute that has become known as "the Investiture Controversy."

There are a number of essays available online that provide useful information on Early Christianity. These include: Coppa, Frank J., "Papacy" Kirsch, J.P., "Donation of Constantine;" Blumenfeld, U.-R., "The Investiture Controversy"

Rise of Christianity in the Roman Empire Video

A short video highlighting the beginning of Christianity's rise in the Roman Empire: Mankind: The History of All of Us, episode 3: Empires (originally on history.com) .

Think about historical facts versus opinions and interpretations. Thinking about medieval political and social structures. Do things differ now?