Canadore College Graduates to be Honoured at Ceremony 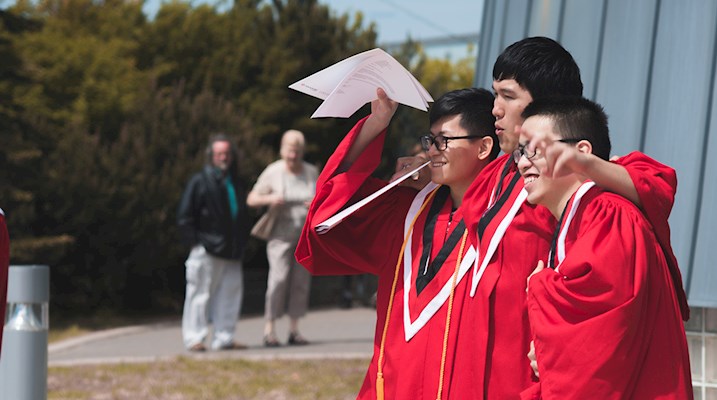 (NORTH BAY, ONT.) -- Canadore College is hosting its Convocation Ceremonies for the Schools Aviation Technology; and Trades and Technology on June 28.

Born in North Bay, Ontario, Short joined the Canadian Armed Forces first as an aero engine technician and completed his initial trade training at the Canadian Forces School of Aerospace Technology and Engineering in Borden, Ontario. He was initially posted to 8 Wing in Trenton, and subsequently posted or trained in Nova Scotia, Ottawa, Alabama Kingston before returning to the 22 Wing in North Bay.  Over the course of his career, Short has held positions and titles as , master corporal, analyst, aircraft maintenance superintendent CM, air maintenance branch chief warrant officer and chief warrant officer. He has been inducted into the Order of Military Merit and awarded a distinguished graduate award from Maxwell Air Force Base. Short has had the opportunity to serve in various locations throughout the world and notes that tours in the Persian Gulf War, Op Air Bridge, Op Athena, Afghanistan and Kuwait have been highlights in his career to date.

Canadore College is very proud of its graduates for their accomplishments and for achieving their education goals. Each year, approximately 1,000 students graduate from the College, joining a network of 45,000 alumni working across the globe.

Canadore’s convocation ceremonies are also being live streamed and web viewers can tune in at http://www.canadoretv.com.

Canadore College trains people through applied learning, leadership innovation. It provides access to over 75 full-time quality programs and has outstanding faculty and success services to students from nearly 400 Canadian communities and 15 international countries. The College and its students add nearly $244 million to Nipissing Parry Sound Service Area economy. Approximately 1,000 students graduate from Canadore each year, and they join 45,000 alumni working across the globe. Canadore receives less than 50 of its traditional funding from the provincial Ministry of Advanced Education and Skills Development and relies on its own innovation and entrepreneurial endeavors and generous donors for the balance.