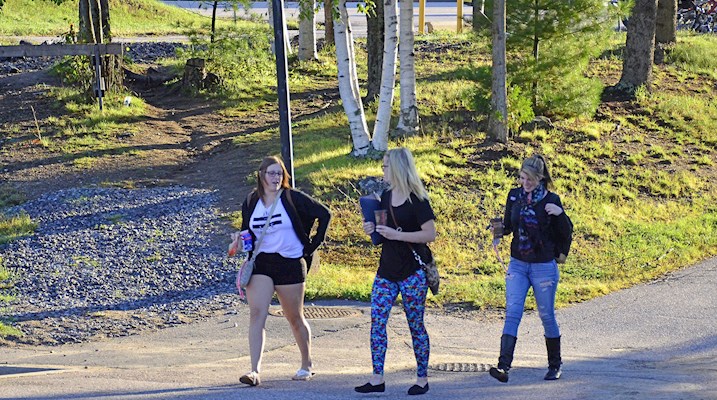 (NORTH BAY, ONT.) – Canadore College has introduced a progressive training program for its students and employees as a part of its commitment to prevent sexual violence and other violent acts on campus.

Michael Miscio, Canadore’s manager of health, safety, security and environmental said the move to offer the unique Bringing in the Bystander® program is an integral part of the College’s efforts to keep its people physically and emotionally safe.

“Over the last number of years, we have been working with government, sister institutions and community partners to develop policies surrounding sexual assault and violence,” said Miscio. “This program has the power to prevent sexual assault and mitigate its consequences by encouraging people to see themselves as potential bystanders with the ability to stop an assault before it happens.”

Bringing in the Bystander® is a prevention program based on the concept that all community members have a role to play in ending sexual violence and stalking before, during and after incidents occur. The program applies a community responsibility model to teach bystanders how to intervene safely and effectively.

The training emphasizes the violence continuum and teaches participants how to safely intervene before, during, and after incidents. The program includes opportunities to practice skills learned, role play scenarios and allows for participants to create and discuss their own bystander plans and asks them to commit to bystander pledge.

“This program truly gives the entire college community the opportunity to take on a leadership role in ending violence on campus,” said Miscio.

Miscio explains that in addition to the prevention goal, the program integrates a research component which seeks to measure the effectiveness of the prevention program.

Bringing in the Bystander® is a training program initially developed by the University of New Hampshire. Canadore College has two employees certified to deliver the training module. This semester, student support employees and over 60 student leaders on campus have completed the training.

Canadore also upholds a stand-alone sexual assault and sexual violence policy and its C-Word campaign provides sexual violence awareness training to all of its students during the first week of classes every year.