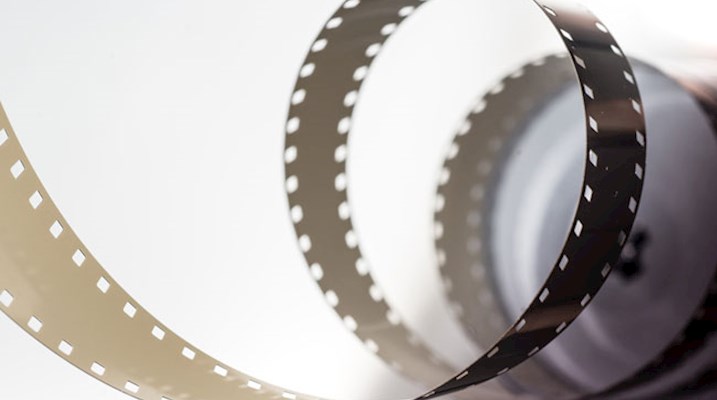 Simon McKerral and Carter Rainville are 3rd year students in Canadore’s Digital Cinematography program. Their short documentary, 43%, tells the story of Rita Olink, a transgender woman and transgender rights activist. The film documents Olink’s experience in the transgender community along with raising awareness about gender dysphoria and suicide.

Their film was screened last spring at Canadore’s annual Media Showcase. After that, Rainville decided to submit the documentary to the film festival circuit, “I submitted it to imagineNATIVE during the summer and honestly forgot I did until I got the email saying it got in.” On October 25th, the film had its world premiere at the imagineNATIVE Film + Media Arts Festival in Toronto as part of the festival’s short film program, Perceptions. “I'm not a big city person but being in Toronto and seeing all these different indigenous films and creators really made me feel in the right place,” Rainville explained.

Now the short documentary will be screening again, this time at the North Bay Film Festival on Friday, November 15th.

McKerral and Rainville have known each other since elementary school and have been friends ever since. Both have also had an interest in film from a young age. “I have always been a writer and love to tell stories and I liked to make terrible shorts when I was young,” said Rainville, “I think my media teacher in high school, Stéphane Ostrander and the guest teacher Shawn really helped me understand my love for film.” McKerral had a similar interest in that area, “I’ve always been fascinated in storytelling in a writing aspect and became interested in film after Carter started majoring in Media in high school,” McKerral explained how they switched from Visual Arts to join Rainville in Media. From then on their love of films continued to grow and they both pursued a program in college related to cinematography.

When they were in high school they attended a few GSA events and that is where they met Rita Olink. “She was a very important aspect of our lives…” said McKerral. In second year of the Digital Cinematography program they were given a project to make a short documentary. “Carter knew he wanted to do a documentary on trans issues and I was more than happy with that seeing as how we are both trans,” said McKerral.

“One of my main objectives when making a film or a documentary is always to project the voices of minorities that have had their voices shut out from the media,” Rainville explained, “I wanted to create the transgender representation that I missed out on as a kid and this was a good start.”

The short documentary was filmed in Sudbury where Rita Olink lives. While their time with Olink was only for a day it was an experience they will never forget. “Working with Rita was amazing. She's the kindest soul I have ever met and I am still honored that she let us make a documentary on her,” Rainville expressed, “When people see transgender people that's all they see sometimes. But being transgender is only one layer of someone and sure it's a huge part of our identity but it’s not the whole of our identity. Rita really showcases that. She’s a woman who happens to be transgender but she’s also an activist, writer, friend and so much more.” Both were grateful to have the opportunity to meet and work with Olink.

“Originally we didn’t have a real idea on what title we would settle on for the documentary, however as we filmed and edited the piece it began to flesh itself our more and more,” McKerral explained for the process of creating the title for the documentary, “43% is a documentary outlining the effects of depression on members of the trans community, how much the struggles we face affect our mental health and how much of an impact others really have. It felt important to highlight the significance of that 43%.”

The two created 43% not only to showcase Rita Olink but to carry out a message to everyone. “I want 43% to serve as a piece of media for other trans individuals who may be struggling with depression. There is very little representation of trans issues in the media and hopefully the creation of this short doc will serve as a positive outlet. It’s very easy to feel hopeless or lost as a trans youth when you don’t have a healthy support system in place,”McKerral voices, “For cisgender individuals I would like them to understand the struggles trans youth experience, to understand how important their words and actions matter in the end. I want them to realize how much of an impact they really have in someone’s life and to educate themselves on these matters.”

”I want transgender youth to see the film and hopefully get from Rita what I did. I hope they can feel proud and unapologetic for who they are and I hope they go on to do the same thing for the transgender youth after them,” Rainville expresses, “For cisgender people, I hope they take away some better understanding of what being transgender is like for us and go on to further educate themselves. It's important for people to educate themselves about transgender people and the LGBTQ community as a whole even if nobody close to them is part of it. We exist and we aren't rare, you will see us in your stores, in your town, in your classes and somewhere in your life.”

The two had gone to the imagineNATIVE film festival last year with other members from Canadore College to watch the films. This year though they attended as guest artist. “It was amazing to see our work played alongside other amazing works of media, it was really important for me to see media representing LGBTQ2+ on the big screen,” McKerral explained. For Rainville it was a whole new feeling seeing the film on the big screen, “I think putting yourself out there is always nerve-wracking but it's an amazing experience at the same time.”

When asked if they had any advice for students in their program based on their experience Rainville mentioned, “When making a documentary when you think you shot enough footage aside from the interview, you probably didn't and should go shoot some more. Also, just do what you love.” McKerral also noted, “Surprisingly, self-love and self-confidence goes a long way. Believing in yourself and not being afraid to showcase your creations makes the experience a lot more enjoyable. It’s very easy to become ashamed of your work and to believe that it isn't good enough, but it’s important not to dwell on those negative thoughts.”

Rainville and McKerral intend to continue their studies here at Canadore College after they graduate from the Digital Cinematography program. Rainville plans to go into the Post Production program and McKerral plans to further their education in a variety of different fields.